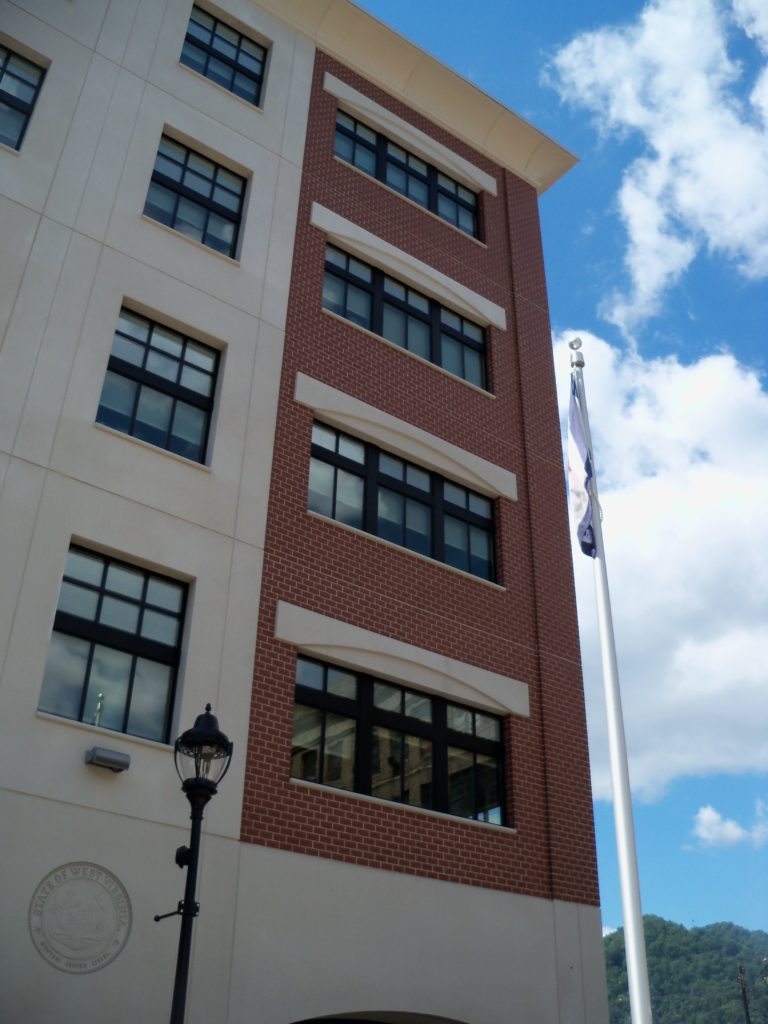 The West Virginia State Office Building in Logan, West Virginia had its Dedication Ceremony on Friday, August 16th. We are proud to be the Architects/Engineers/Interior Designers of this 5-story building. This facility is something the town has been wanting for many years. The location in the center of town makes it an imposing feature that is expected to change the direction of the town. It is hoped that a new building downtown will encourage others to renovate and revitalize the area.

“… Sen. Joe Manchin was represented by Mike Browning, who read a greeting from Manchin.
‘This project began on June 18, 2008, during my tenure as governor. I was as proud then as I am now to work with each of you to make this dream a reality. McKinley and Associates has designed not only a gorgeous building, but a facility that is practical for the citizens of this region. Massaro has built not only an impressive building, but a facility that will withstand the tests and trials of time. This building will provide services from various agencies under one roof.’ …”