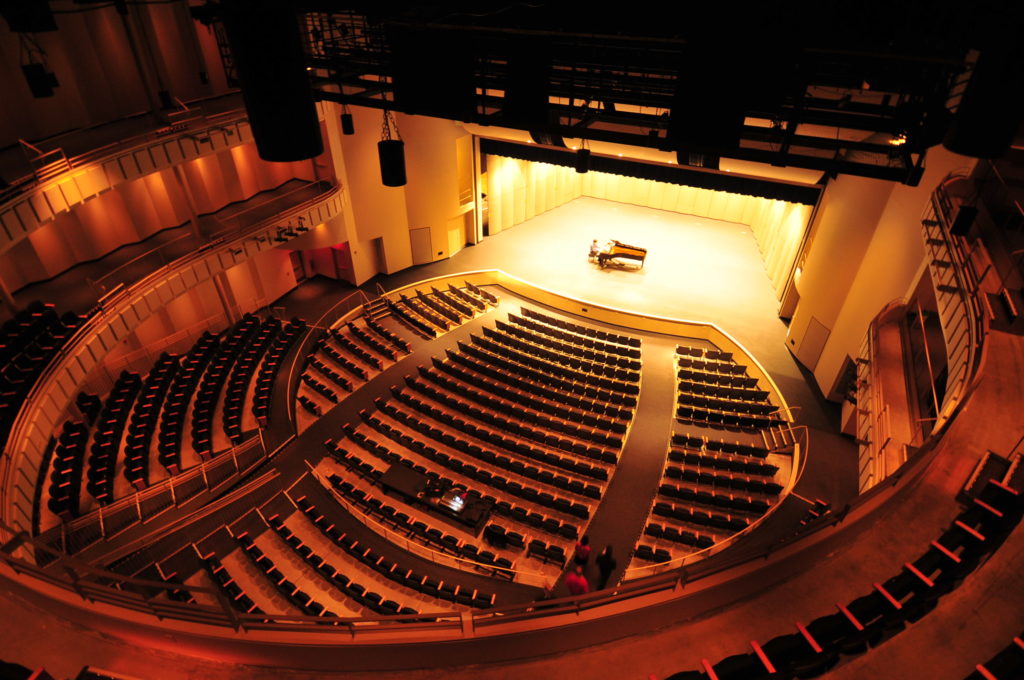 “…The J.B. Chambers Performing Arts Center is the premier facility of its kind in the Wheeling area. Professionally designed by McKinley and Associates as well as theatrical and acoustic consultants, the facility seats 1,200 people and is available for use by all public, private and parochial schools in the area. Colleges, universities and performing groups also will be invited to utilize the center…”